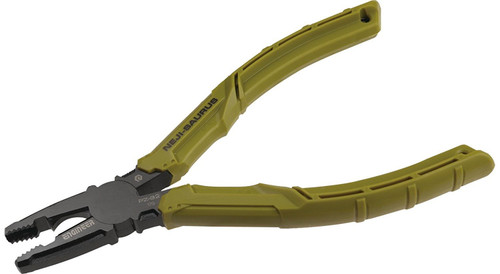 Crafted in Japan, the plier's unique jaw groove and lip design, allows you to firmly grip a screw and simply twist it out (normal pliers would just slip off) - the jaws can even grip & extract truss head screws (low-profile dome heads) as well custom/specialized and tamper-proof screws.

Additionally, the jaws on these pliers also have inter-meshed teeth which allows a firm grip  even on the most thinnest of materials (shim etc.).